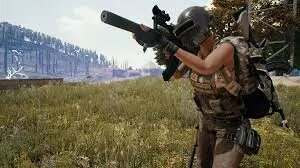 PUBG– Player Unknown’s BattleGrounds is a multiplayer shooting battle royal game developed and published by PUBG Corporation, a subsidiary of South Korean video game company Bluehole. It is one of the foremost popular games. Here we talk about All the top new facts about pubg mobile games. Today, no one who does not knows about this game. Who plays this game is became an enormous fan at first sight because it’s a unique concept of gaming. If you play this game, never boring at any time during this game because it’s an intense fight and shooting game. When playing this you do not know at which step you’ll fight the enemy. So, let’s know everything about this intense game.

Type of Guns and other Material is found on the island:

Details are given below:

Boosters: If an opponent shoots you in-game you got damage and your HP (Hit Pints) is low now you use boosters are First Aid kit, Med-kit, Pain killer, Energy Drink, Bandages, etc.
Attachable Items: These attachments are used in PUBG mobile game guns to control recoil, increase mag capacity, and control the aim site.

Vehicles: In-game you can ride many types of vehicles for example UAZ, Dacia, Mirador, Motorcycles,  Snowmobile, Buggy, Boats, Minibus, and Taxi, etc.
If you play the game you know everything in Player Unknown’s BattleGrounds. But you don’t know about these facts about pubg mobile and pc game which we are discussing here. If you already know one of them so please tell us with comments in the comments box.

1. Do you know that PubG mobile Game is not created by a professional game developer but by a photographer named Brendan Greene and who hails from Ireland.

2. It is believed that Brendan Greene fell in love with a girl and married her, then settled in Brazil but they divorced after two years, due to which he went into a lot of depression and then he came back to his home country and started playing games. He loved shooting games so he was very much influenced by Arma and DayZ. These are shooting games.
3. Before making the Pubg game, he had made two games, one Arma III Battle Royal which was the Mod of Day Z Game and the other was H1Z1 King of the Kill (It has been made in association with Sony Online Entertainment, which has now been renamed as Daybreak). Both games were very much liked.
4. Chang Hang Kim is the owner of the South Korea company, now named Bluehole, much like the idea of Brendan Greene so he thought of making a game with him and named Player Unknown’s BattleGrounds.
5. Player Unknown is the name of Brandon Green because when he used to play any game, he did not consider himself a good player, so he named his name PlayerUnknown.
6. The idea of this game is derived from game movies like Hunger Games and the Japanese movie Battle Royal. In this movie too, the students are left on the island on a line by giving food and weapons and only one student can return alive from the island.
7. The maps and weapons given in the PUBG game are exactly the same as the maps and weapons shown in this movie, such as crossbows, pistols, sickle, lighthouses, and maps.
8. It is produced by PUBG Corporation, a subsidiary of South Korean video game company Blue Hole.
9. Its Early Access beta program was launched on 1 March 2017. It was only available for PC and it is very much liked. Its full version was launched on 20 December 2017.
10. Initially not launched for Android. Launched on March 19, 2018, for Android, September 4, 2018, for Xbox One, and December 7 2018 for PlayStation 4.
11. The Blue zone during the gameplay was first to be created in square shape but due to some coding drawback, it was made circular. A blue zone is a type of electric field that gradually reduces and brings players to the game. Its idea is taken from the Soviet Union Army. Used to drive away intruders.
12. A Victory message show on winning the game is ‘Winner Winner Chicken Dinner’. This is not a new message, it has also been used in the last two games of Brendan green. This is a European tagline. It was used very much in European countries. When anyone won the bet money from the game, he used to say ‘Winner Winner Chicken Dinner’. Because with the won money, the chicken was done.
13. Two million copies were sold within 2 months of the launch of PUBG, which is a world record.
The most iconic map of the PUBG game, which is Erangel, has been designed by Brendan Green himself and named after his daughter.
14. Do you know the most used AR guns in the PUBG games are M416 and AKM. In Snipers AWM, In SMG is UZI, LMG is DP-28.
15. PUBG’s iconic weapon is Pan. At first, you could kill anyone in one go, no matter what level of the helmet it is, but later some changes were made to it and if your timing is correct, shoot from it. Can also be stopped.
16. In October 2018, PUBG has set the record for the most played games at the same time, before this record was named Dota 2. Dota 2 was set by 6,99,618 players playing together, while 30,69,371 players from PubG played together.
17. PubG is free for Android but has to be purchased for PC and X-Box. It had earned about $11 million in 3 days of launch and it also makes a lot of money from an in-game purchase like Royal Pass, and Accessories.
18. No Data has been released so far about PUBG’s earnings, but in 2018, the earnings for February are about $103 million.
19. The Virtual Red Bandana is one of the rarest items in PUBG. When the game was launched in 2017, the pre-orders were bundled with the item and were available in loot boxes. After a while, the boxes stopped or rarely featured the bandana, so its rarity increased manifolds. Kotaku reported the same year that a user bought the in-game item for as high as US$ 1000 (Rs. 69,000).
Share this post