History Facts About Denmark – Hi there, today we are going to tell you about another beautiful Scandinavian country. This country is known for many things such as modern architecture, high standard of living, sustainable development and its people, geography facts, and much more that we’re going to tell you in this post. So let’s begin…

Denmark country is located in the Scandinavia region of Europe. Unlike its other Scandinavian fellows, it doesn’t have a lot of mountains and Fjords. It’s a flat country and the highest natural point is Ejer Baunehoj Mollehoj, which is just 170.86m (560.6 ft) above sea level. It shares a land border of 68km) Germany to the south. And on three sides it’s surrounded by sea.

2. History Facts of Kingdom of Denmark

History Facts About Denmark – The Kingdom of Denmark comprises Denmark and its two overseas territories of the Faroe Islands and Greenland. Denmark itself is a fairly small country with an area of 42,933 Km square (16,577 sq mi) and a population of about 5.84 million people.

The Kingdom of Denmark and the Royal Family is more than a thousand years old. Currently, Margrethe-II is the Queen of Denmark and Commander in Chief of the Danish Armed Forces. And not just, she is also the most popular regent in Europe.

Copenhagen is known for its modern architecture and high standard of living, around the world. The average cost of living of about $1000-$2500 largely depending on your lifestyle

The Freetown Christiania or Fristaden Christiania is also in Copenhagen. It’s an autonomous town. Even though they have an area of just 7.7 hectares.

They have their own laws and Flag. It’s a society of around 800-1000 people living independently in the Christianshavn borough of Copenhagen.

No matter where you go in Scandinavia, you’ll definitely find these countries on the top position of most of the lists and that is also for some good reason. The population is slightly more than 5.8 million as per the 2021 estimates. Denmark enjoys a high standard of living and the Human Development Index(HDI) value With a value of 0.94 on the HDI scale in 2019,

which put the country in the very high human development category positioning, Denmark is at 10 places on the table, out of a total of 189 countries on the list. 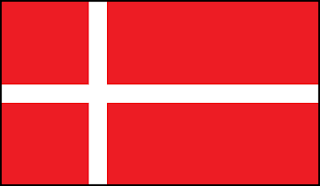 But like other Scandinavian countries, with high income comes high taxes. Here income tax could fall in between 27%-45% of your income depending on in which tax bracket your salary fits in.

Sustainable development is a kind of development in which human development goals are achieved while maintaining a healthy balance with the ability of natural resources to sustain itself to meet the needs of future generations.

Denmark is a leading country in the field of Sustainable Development. It ranks 3rd amongst the world, with a score of 84.86 on the scale of SDG in 2021.

Cycling is a very popular means of transport in Denmark. Just like the Dutch, Danes also like cycling.

Most of the people go to their offices by riding on their bicycle. And they also have a cycling embassy.

Because Denmark is a flat country, that’s an advantage for cycling enthusiasts. They have more than 12000km of cycling track, which makes it a convenient and safer means of travel.