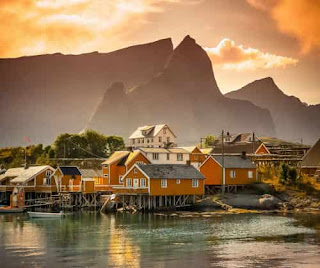 Hi there, today we are going to tell you history facts about Norway is  a very beautiful country. This country is known for its natural beauty, beautiful architecture and the outdoorsy lifestyle of its people, geography facts, and much more that we’re going to tell you in this post. So let’s begin.

7 interesting facts about norway are given below

Norway is a beautiful country, located in the Scandinavia region of Europe. It’s also one of the most mountainous countries in Europe. It shares land borders with Finland, Russia, and Sweden on the Eastside. And on three sides it’s surrounded by sea.

In 2020 Norway ranks at 4th place in the world in terms of per capita income. With people enjoying a per capita income of  $67,988.59. But in Norway with high income comes high taxes. Here income tax could fall in between 22 – 45% of your income depending on in which tax bracket your salary fits. Hilarious, right.

It is a deep, narrow, and elongated drain from the sea or lake, which is surrounded by steep land on three sides. Its mouth always opens towards the sea, and it is shallow. The inner part of the fjord is called the sea bottom. If its width is more than it is length, it is not a fjord.

Facts about norway population: Oslo is the capital city of Norway. With a population of 697549, it’s also the most populous city in Norway.

Oslo is known for its brilliant architecture and high standard of living, around the world. Oslo is one of the most expensive cities to live in. With an average cost of living of about $1500-$2500 largely depending on your lifestyle. 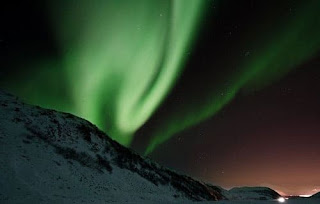 It is also known as the northern lights or polar lights. It is a natural light phenomenon in the sky, which can be observed mainly near high-latitude regions such as the Arctic and Antarctica.

Norway is the bestlocations place to see the northern lights. Northern Norway falls right in the middle of the “Northern Lights Belt”, a zone that is known for its Aurora frequency and intensity.

One of the best ways to explore places while you travel is by train journeys. Norwegian railways are among the best in the world. It has a fully developed railway network that extends from Kristiansand in the south to Bodo above the Arctic Circle.

Norway has a railway network spanning approximately 1,864 miles. You can enjoy scenic views all throughout your journey. It makes a memorable experience of your life.

Norwegians are active and outdoorsy people.  It’s Europe’s ultimate destination when it comes to outdoor adventures, thanks to wilderness and mountains. It is also a world-class destination for adventurous travelers.

If you’re a binge-watcher then you definitely know about Vikings. One of the things Norway is most famous for is Vikings.

Historically, the Viking era began with the attack on Lindisfarne monastery in AD 793, and ended with the Battle of Stamford Bridgein 1066, when the English army successfully repelled the Viking invaders led by King Harald Hardråde.