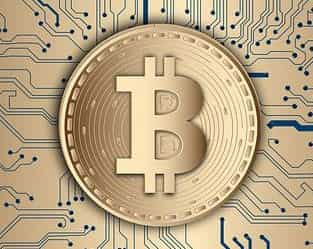 Earlier we have seen the stone, iron, copper, and golden age in human history, but today’s era is the age of the internet, in this, we can talk to anyone anywhere sitting at home, make video calls and transfer money to anyone. Huh. But for this, we have to depend on a third party like a bank, credit card company, etc. If there is such a technique by which we send money to someone and in this process, there is neither interference of any third party nor any third person gets it. Today we have to talk in detail about one such technique. Which is called cryptocurrency. In this article, we will know what is cryptocurrency? What is Cryptography? Cryptography techniques, What is Blockchain?Types of Cryptocurrency, What is bitcoin? and Advantages and Disadvantages of Cryptocurrency. What are bitcoin and cryptocurrency? Best Cryptocurrency Market and Crypto Mining

Cryptocurrency is a digital currency that you cannot touch, you only see it in your account, which is why it is also called virtual currency. Which is secured by cryptography technology, so that no one can counterfeit or double-spend cryptocurrency and no one can easily tamper with its accounts because it is a decentralized network based on blockchain technology. A defining characteristic of cryptocurrencies is that they are generally not issued by any central authority, which makes them theoretically immune from government interference or manipulation.

A cryptocurrency is a form of digital money that is distributed across multiple computers based on a network. This decentralized structure keeps cryptocurrencies out of the control of governments and central authorities.

The word “cryptocurrency” is derived from a technique called encryption which is used to secure any type of data in a network.

Blockchain, a technology that ensures the integrity and confidentiality of transactional data, in which many computers work organizationally, is a component of cryptocurrency.

Many experts believe that this technology will also disrupt many industries, including financial and legal matters.

Cryptocurrencies are criticized for several reasons: their use for illegal operations, volatility in exchange rates, and vulnerabilities in their infrastructure. But it is also praised for portability, divisibility, inflation resistance, and transparency.

Cryptocurrencies such systems help to make secure payments online, they can be understood as virtual “tokens”, which are represented by multiple ledger entries in the system. These entries are kept in a virtual ledger on different computers connected to the Internet so that their transactions cannot be manipulated such that if you make any changes in the ledger of one system, it may not match with the other system. which will detect fraud. Cryptocurrency protects these entries with the help of various encryption algorithms and cryptographic techniques, such as elliptic curve encryption, public-private key pairs, and hashing functions.

Cryptography is a method of protecting information and communication by using computer code so that only those who need this information can read and process it. “Crypto” means “hidden” and “graphy” means “writing”.

In computer science, cryptography is a mathematical concept that refers to a set of calculations based on secure information and communication technologies and algorithms. In this, the process of transforming messages in ways that are difficult to understand. All these algorithms are used for the generation of cryptographic keys, digital signatures, verification to protect data privacy and confidential communication such as web browsing and online transactions of credit cards and emails.

This technique uses methods such as microdots, merging words with images, and hiding information in storage or transit.

Cryptography has the following four purposes:

Confidentiality: Keeping the information confidential is their first task.

Integrity: No change in information can be made without the consent of the sender and receiver or without their knowledge.

Non-repudiation: Producers of information such as senders and receivers cannot subsequently deny the creation or transmission of information.

What is a Cryptocurrency system or Cryptosystem?

All those processes and protocols that fulfill the required criteria for top cryptocurrency, the system by which it is performed is called cryptosystem. Cryptosystems regulate mathematical processes and computer programs as well as human behavior, such as selecting passwords, logging off systems, and making sensitive processes private.

Encryption algorithms protect entries with the help of various encryption algorithms and cryptographic techniques, such as elliptic curve encryption, public-private key pairs, and hashing functions.
It uses the process of transforming messages in a way that is difficult to understand. All these algorithms are used for cryptographic keys, digital signatures, verification to protect data privacy and confidential communications such as web browsing and online transactions of credit cards and email.

It is a system that makes it difficult or impossible to alter, hack or deceive the system as the entire system information is available and new information is recorded on the record.

It is essentially a digital ledger for cryptocurrency market transactions that are duplicated and distributed across a network of computer systems in the form of a chain. Each block in this chain contains multiple transactions and each new block contains a new transaction. In this process, a record of that transaction is added to each ledger of the computer system network. In this, each transaction is recorded with an immutable cryptographic signature called a hash.

Why is there so much hype about blockchain technology?

There have been many failed attempts in the past to create digital money.

The very first issue in creating any digital currency is trusted as someone creates a currency called X bits, so how can we be sure that nobody will steal X bits for themselves? Along with how the theft will be prevented etc.

To solve this problem, bitcoin was designed on a different type of database called the blockchain.

In any normal database, such as a SQL database, there must be a single in-charge who has complete control over modifying the entries (for example he can give himself a million bitcoins) but in blockchain technology, no one is in charge of the database. is not. It is not only run by the people who use it because the ledger of all the transactions is stored in the user’s system so cannot copy, hack, or double-spend bitcoins – that’s why people who own bitcoins, They can trust that it has some value.

Blockchain or Crypto mining is a complex process of validating each transaction during the operation of a cryptocurrency. The people who assist in completing this process are called blockchain miners. They work to solve the puzzles of computer hardware and software and they serve the purpose of authenticating the transfer of currency across the network.

A single user does not handle the mining process, any miners who participate in this process are given some bitcoins as a reward and the miners compete among themselves to get this reward. On each mining success, the miner receives as many bitcoins as bonuses.

This technology is so-called because of the ‘block’ and ‘chain’ structure. Each block contains information about transactions of one or more currencies. These blocks are linked together to form a chain to complete the system. These data codes are stored separately. Chain refers to the link from one neighborhood block to another. Each blockchain has a unique code of authentication that is encrypted on the network software.

Decryption is required to prove the validity of encrypted data but decrypting data encoded in the blockchain is a very difficult task so it requires human efforts as well as computational hardware and software. Both computers and humans will take a lot of time and energy.

The combination of computational speed and human intelligence will result in decrypting the data, which will confirm transactions when connected to adjacent blocks. Codes called hash-codes in bitcoin meet specific requirements in resolving encrypted data.

Bitcoin was launched in 2009 by a group or individual known under the pseudonym “Satoshi Nakamoto“. Bitcoins are 21 million in number. But as of March 1, 2021, there are over 18.6 million bitcoins in circulation with a total value of approximately $927 billion.

Advantages and Disadvantages of Cryptocurrency

Transactions of currency of any country require a trusted third party like a bank or credit card company but cryptocurrencies have direct fund transfer between two parties which makes it easy. Instead, they are more secure as they use technologies like cryptography and blockchain.

In this modern system, users use “wallets” or accounts called applications that contain a public key and a private key, while the private key is owned only by the owner and is not known to anyone other than him or her to sign transactions. The user uses the corresponding private key. Fund transfers have minimal processing fees with “wallet” or account-by-account debits, allowing users to avoid the hefty fees charged by banks and financial institutions.

The semi-anonymous nature of cryptocurrency transactions can lead to many illegal activities, such as money laundering, tax evasion, and black market transactions, as there is no government control over these transactions. Cryptocurrencies value their anonymity, privacy protects activists against oppressive governments, and can be exploited by terrorists to harm the security of any country. Some cryptocurrencies offer more privacy than others.